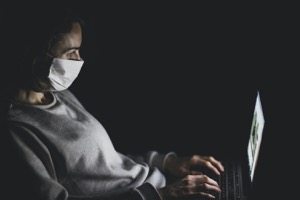 Forbearance means “patient self-control; restraint and tolerance. The action of refraining from exercising a legal right, especially enforcing the payment of a debt.”  Agreement is the “situation in which people have the same opinion, or in which they approve of or accept something .  .  .”

The first question that you should ask is “forbearance from what?”

The most recent forbearance agreement was from SPS, Specialized Loan Servicing.  Look at what the agreement said, and my comments:

lenders/servicers are gearing up for massive foreclosures this year

I have spoken with attorneys who represent lenders in foreclosure actions.  They have universally told me that lenders/servicers are gearing up for massive foreclosures this year.  Columnist Rachel Brat of the Boston Globe recently published an opinion titled Forecasting an economic tsunami as foreclosures rise and mortgages sink underwater.   Ms. Brat’s article is very informative, but I respectfully disagree with one point that she made:

Since there will be a lag between the current financial crisis and the impending foreclosure crisis, likely about two years, there is time to craft policies that will respond to the challenges.

Under either a forbearance agreement or the FHA/Fannie/Freddie guidelines, there is a six-month [note a correction, this blog originally said three months] deferral for mortgages payments.  See above.  Under the SPS example, the forbearance agreement only provided for a three-month forbearance.  At the beginning of month four there are four payments due, the three deferred and the fourth month.  The SPS example that I gave states that if not paid and the end of month four you will have options, possible loan mod, etc.  SPS did not say that they also would have options.  On the second day of month five the mortgage is more than 120 days late and they can start foreclosure proceeding.

Stay safe and be well,