Complete and Personal Representation You are a Person With a Problem, not a Number in an Accounting System Contact Us Now For a Free Consultation
Home
Services
Civil Litigation

I have divided this article into four parts:

This paper gives a birds eye view of the litigation process.

A Man Walks Into the Long Island Railroad...

For example, take the man who walked into the Long Island Railroad station. He purchased his ticket and the agent said hurry, you might be able to make the next train. The man, carrying a package, starts running towards the track. He goes down the stairs to the platform and sees that the train is slowly starting to pull out of the station. He starts running to catch the train, holding on to his package. Two porters motion him to run and extend their hands out to help him on the train. The man takes their hands, but in the process, drops the package that he was carrying. 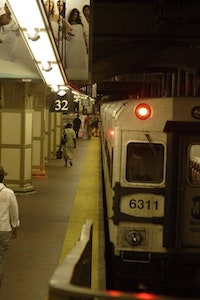 While all this is going on, Mrs. Palsgraf was walking along a platform minding in her own business while waiting for a train to take her and her two daughters to the beach. Unfortunately, the package that the man was carrying contained some type of fireworks or explosive. When he dropped his package it fell onto the tracks and exploded. The percussion that resulted from the explosion knocked over a large-scale that fell on Mrs. Palsgraf. Thus we have Palsgraf v. Long Island Railroad Co., 248 N.Y. 339, 162 N.E. 99 (1928). Palsgraf has caused sleepless nights for many first year law students.

There is Always a Trigger

that sparks a lawsuit. Sometimes the trigger occurs within the event, such as the conduct of the Long Island Railroad employees in the case involving Mrs. Palsgraf. Other times it can be in the form of defective design of the lawnmower. It might occur when someone walks on private property. Regardless, there is always a trigger.

Injury occurs when someone is hurt, economically, physically, or both. For example, assume that the manufacturer of the lawnmower failed to design a discharge chute that would protect people from a rock that the blade might hit hurl it out into the air causing injury. The negligently designed discharge shoot may go unnoticed for years. But if a child was hit and injured by a rock coming from the lawnmower then you have the makings of a lawsuit.

The next element that the plaintiff must prove is damages. Were the damages proximately caused by the negligent design of the discharge shoot? This leads us back to Palsgraf.

In most instances, the attorney seeks to find damages that were proximately caused by the defendant. Moreover, the attorney should make sure that the defendant has the ability to pay those damages. Sure, Mrs. Palsgraf could have successfully sued the passenger carrying the explosives. But that individual did not have enough money to satisfy an award in Mrs. Palsgraf’s favor. Lawyers have to search for deep pockets, not empty pockets.

Welcome to the Courthouse, the Doors are Always Open (or are They?) 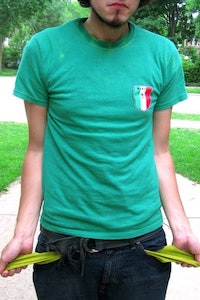 Many things come into play once the plaintiff files a lawsuit. For example, does the court have jurisdiction to hear the case? You don’t file a bankruptcy case in your local courthouse. You file it in federal bankruptcy. Does the plaintiff have a right to sue? Take the case of a woman who witnesses a horrible automobile accident where the car exploded. Can this woman sue the automobile manufacturer? The answer is that it depends, upon the applicable law of the state.

Bring Mrs. Palsgraf back into the picture. Assume that the man was carrying the explosives in a bag clearly marked that said “Danger! Explosives! Do not drop!” Would that have made a difference? Most probably yes. Moving forward with this hypothetical, let’s assume that Mrs. Palsgraf did not have a ticket to board any train and was not meeting somebody. Mrs. Palsgraf was a trespasser. Would this make any difference?

All of these issues are raised in what is called a preliminary motion, the most common of which is Failure to State a Claim upon Which Relief Can Be Granted. Does the Long Island Railroad owe any duty of care for the protection of a trespasser? If a court rules no, then the case would be over but for an amendment to the complaint or an appeal to the ruling.

Discovery is that part of litigation where the parties find out about each other’s case. Go back to Mrs. Palsgraf’s case. Wouldn’t Mrs. Palsgraf want to know whether the Long Island Railroad had an employee manual telling them what porters could or could not do? Did the Long Island Railroad train their employees and if so, what did that training involve? Where their other instances where there was an injury when a passenger boarded the train?

Finally, Mrs. Palsgraf could have taken depositions, and vice versa. A deposition is live testimony, given under oath, and recorded either by stenograph, audio, video or a combination thereof. The testimony is transcribed and can be used later on at trial. While Interrogatories give you advance knowledge of the questions, a deposition does not. However, that does not mean that you can’t prepare for a deposition. You can and should.

Mr. Smith, did you visit the Biltmore Hotel in Baltimore to attend the symposium on climate change?

After you returned home, did you have a different view on climate change?

The above exchange does not necessarily mean that the question was a trick question. The point is that you and your attorney must be prepared.

Testimony might be excluded because it was not disclosed during the discovery process. Therefore, plaintiff’s shipping records that indicate the date and time that the package was delivered to federal express might not be admissible if it wasn’t previously disclosed. This assumes that the defendant asked for the records during discovery.

The most important parts of a trial are the mistakes that people make. I have never yet been through a perfect trial. The attorney could forget to ask a question. The witness may not remember a particular fact. The witness might change their testimony. The judge may make a mistake.

There are many other aspects to the trial, as well as post trial procedures. There may be various motions filed, including a motion for new trial or a motion to open up the record and receive additional evidence. There may be an appeal. There may be a judgement for one million dollars, only to discover that the defendant does not have the ability to pay a monetary judgment.

Regardless, this article is meant to inform individuals that might be facing litigation. This is only an overview of the process.

Contact Us
Practice Areas
Client Reviews
★★★★★
“Mr. Solomon is an excellent Attorney on many fronts. I am not just referring to his knowledge of Jurisprudence, but unlike many attorneys he has a genuineness about him that is evident from the first meeting – he really feels your pain, he is patient and he gets it, and I believe this is what shapes and influences they way he works for his clients. I never felt that I was just a “case” to Mr. Solomon. I always felt that Mr. Solomon treated me and everything that he did knowing, having that full understanding of the impact it could have on my life, and as such he always gave his everything. Mr. Solomon works with passion, energy and spirit. He does not compromise his clients, he represents and fights for their best interest. Unlike some attorneys he doesn’t take the easy way out”. David
★★★★★
“Mr. Solomon was a life saver. He walked us through our process, answered all questions completely. And made sure I understood all of our options. I would highly recommend him to anyone.“ Anonymous
View More
Submit a Law Firm Client Review