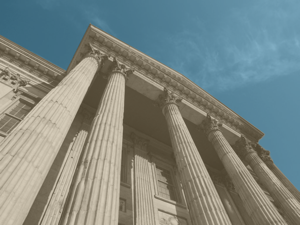 Loopholes in the Prior Law:

The legislature fixes the problem

The Maryland State Legislature closed the loophole in 2007.  The 2007 amendment added  the words “collecting a consumer claim the person owns, if the claim was in default when the person acquired it. .  .” to the definition of debt collector

The Court of Special Appeals rules on the amendment

The Maryland foreclosure bar (translation – the substitute trustees) went crazy, to say the least.  If a homeowner was in the middle of a foreclosure case where the note owner bought the note while in default, and was not licensed in Maryland, the homeowner had strong grounds to get the case thrown out.  The unlicensed debt collectors could not invoke the jurisdiction of the court.

The Court of Appeals Removes Protection for Maryland Homeowners

Two judges from the Court of Appeals filed a dissenting opinion:

The Majority labors over 64 pages to justify its conclusion that the statute does not mean what it says. Before detailing the problems with that analysis, it is worth noting that the Majority Opinion explicitly declines to endorse Petitioners’ argument that a foreclosure action is not collection of a debt under MCALA. .  .  .

Note how the dissent framed the issue:

The issue in this case is relatively simple. In 2007, the General Assembly amended the Maryland Collection Agency Licensing Act, known by the mellifluous acronym “MCALA,” to extend the licensing requirement of that law to a “person” — a term that includes entities — that collects consumer debt that the person owns as well as consumer debt owned by others. The obvious purpose, demonstrated both by the amendment’s language and by its legislative history, was to require those who buy, and attempt to collect, defaulted consumer debt to obtain the requisite license. The main question before us is whether the amended statute applies to those who buy, and attempt to collect, defaulted consumer mortgage debt.

The dissent framed the issue in one-hundred-thirteen words while the majority couldn’t reach a coherent explanation in sixty-five pages.

The Resulting Impact on Maryland Homeowners

The purpose of consumer protection laws is to protect the consumer from specific business practices.  The Sharma line of cases involved companies that were established for the sole purpose of buying defaulted mortgages and foreclosing on the properties.  These companies voluntarily chose not to obtain a Maryland license.

In 2018, Maryland ranked third among the fifty states in foreclosures.  Baltimore City was the highest in the state for foreclosures.  This will only get worse.  Banks had been holding off filing foreclosures while they were waiting for the Sharma decision.  Banks are now starting to foreclose.

The result will be a glut in the market with real estate values plummeting.  Families who went through the Great Recession and have now recovered will lose their homes.  Why?  Because the Court of Appeals fudged the law and took away the consumers’ bargaining chip to negotiate a loan modification and save their home.